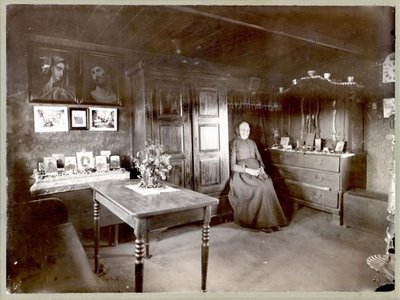 I blogged about this picture in February, and finally managed to get it scanned.

By the way, I just noticed that Blogger has been dating my posts according to when I started the draft, not when I posted. So far it's not a problem for NaBloPoMo, there's at least one post every day; but, for example, the election day story is dated on election day, instead of the next day. I'll leave it because I don't want to be accused to tampering, but I'll be more aware from now on.
Posted by MomVee at 6:09 PM