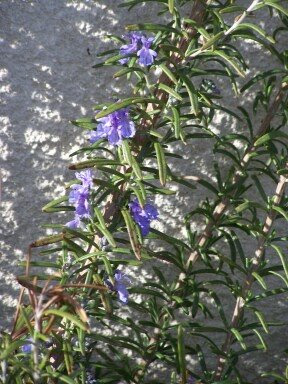 Ophelia said rosemary was for remembrance, but this year I am taking it for hope.
Posted by MomVee at 4:47 PM

MomVee, this is beautiful. I want to read your book.